Field Notes:
In the midst of a herd of elephants I am always too much in thrall to feel my insignificance. It is when elephants are next to other animals, or when the adults among them are beside the elephant very young that scale becomes clear to me. Compared to a great bull everything is small. Size matters. Elephants do not have much to fear. 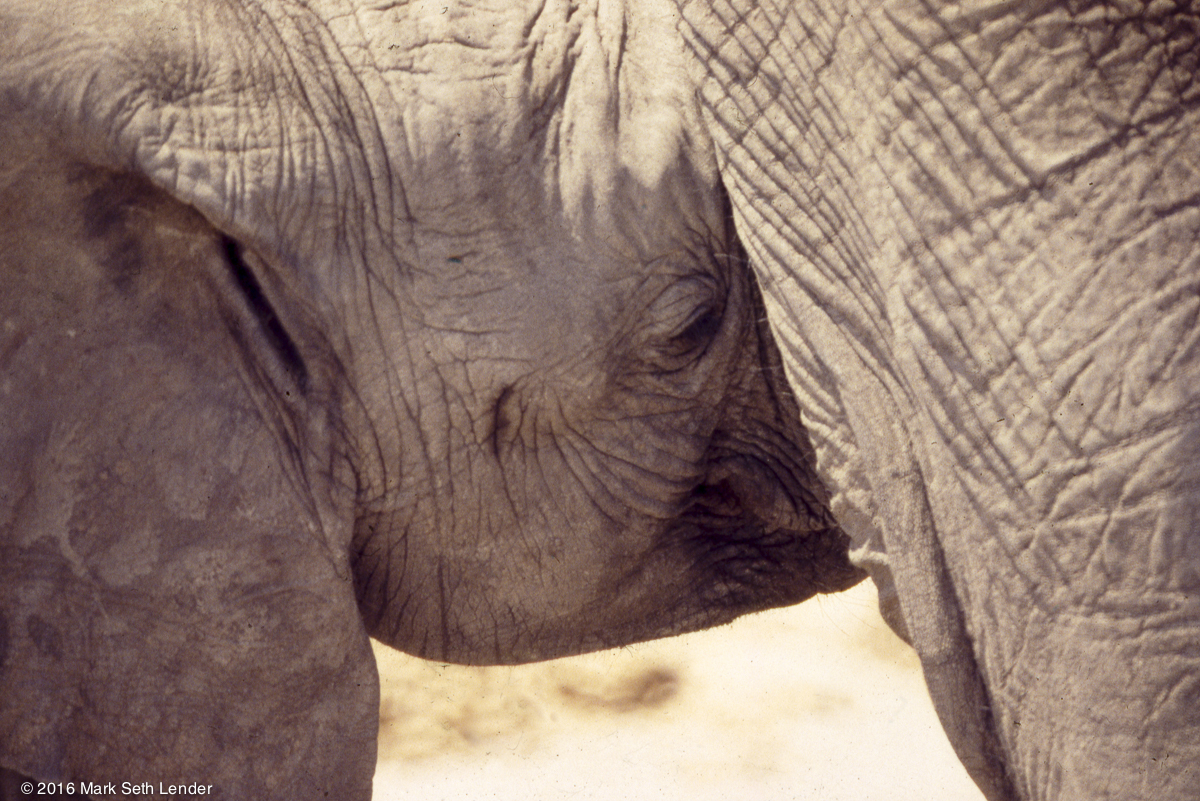 There are exceptions: For the babies, an inadvertent encounter with a venomous snake; a team of lions in the African dark hunting adolescents or perhaps in extremis, even the full-grown; a man or woman with a gun…

In the latter case after a killing elephants are capable of a simmering anger, and of revenge. The herd that has lost someone to poachers is a collectively dangerous beast. People expecting the romantic version; those who should know better but too inexperienced to take note of the all too obvious signs; those with the sense to be aware but careless or unknowing of the recent history, all invite disaster. They have been stretched by the powerful trunk, pinned by tusks, kneeled on and crushed. Though this is the exception. Elephants prefer flap their ears, trumpet loudly, run back and forth, do almost everything they can to dissuade you before the ears fold back, head lowers, the raised trunk drops and the mock charge turns the irrevocable corner into something else entirely. 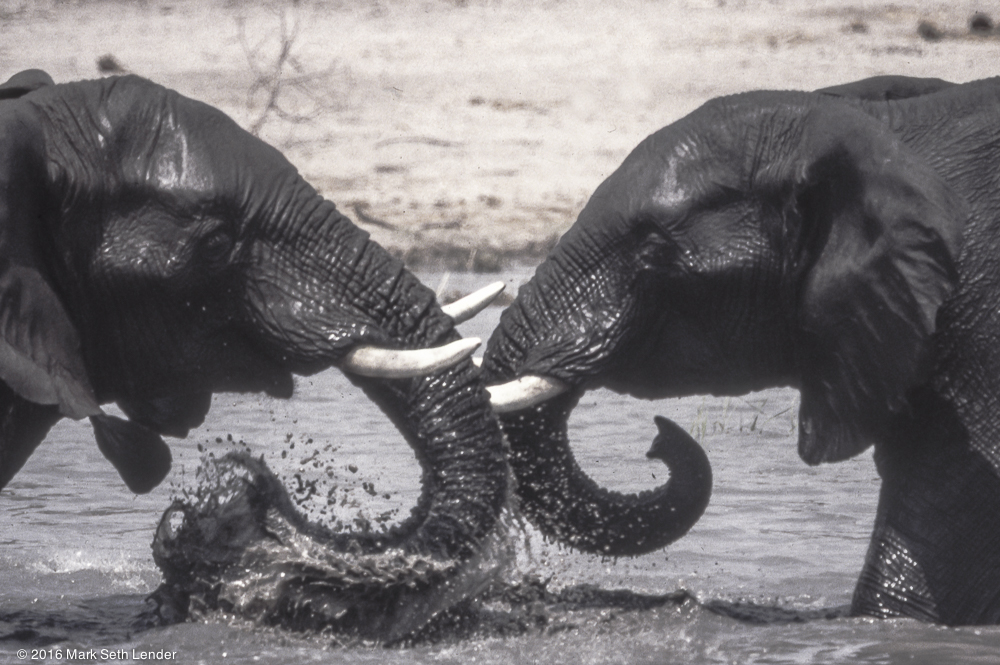 Though not in the same league as poaching, crowded conditions are a tremendous irritant for elephants, just as they are for most other species (including us). Nowhere is there more trespass into the confines of normal animal personal space than a Sub-Saharan waterhole at the end of dry season. Natural enemies are forced to close proximity: Hippos and crocs. Lions and zebra. Hyena, and everybody.

The largest Nile crocodiles weigh in at 700 kilos or more, and can attain lengths of over 3 meters. Elephants are twice as long as any living crocodile and (even adult females) weigh in at thousands of kilos. Thousands. To flatten the skull of a Nile crocodile, even a large one, is not outside the realm of the possible. One good stomp and we enter the realm of the certain. If we argue that the elephant is too much at risk if it attacks then the question becomes, risk relative to what? Coming close, close enough to make a viable threat is as dangerous as following through. Perhaps more so. If an elephant strikes that heavy blow, the crocodile is one and done. Threat, however, turns the advantage to the croc who now has the option to bite, a bite with its own crushing logic.

The more I look, the more certain I become that restraint is the norm and violence the exception in the unhindered animal world. 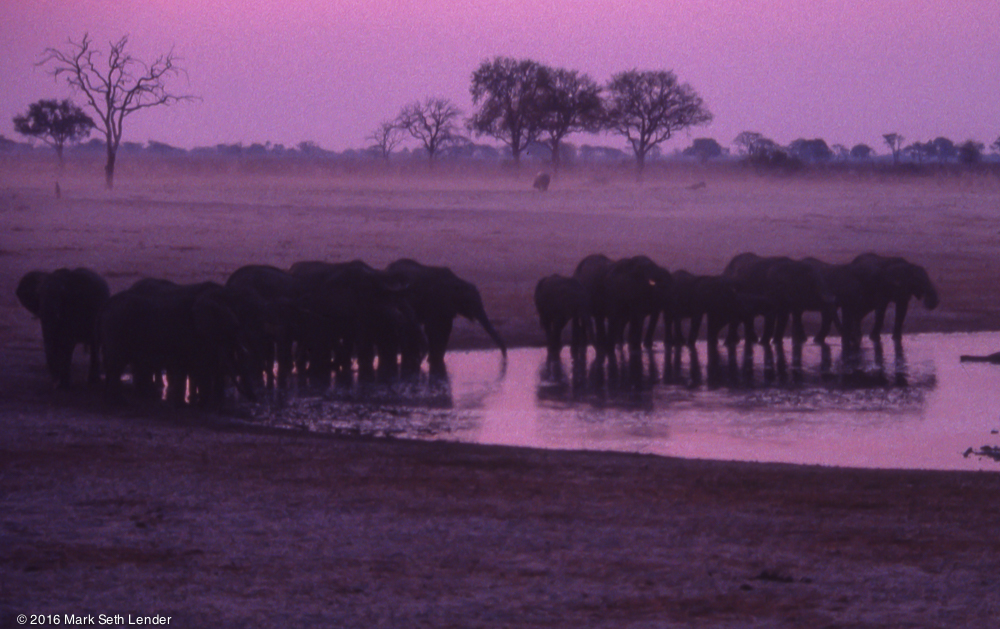 Travelogue:  This August (2016) I will be in the Maasai Mara with Donald Young Safaris. Don operates one of the premier African tented safaris.  To be in the midst of the wildlife is the best experience, and this is what he provides.  Don and I know each other through the Explorers Club (he is a longtime member, I was inducted this Spring). He is serious conservationist, and as such, his concerns extend to both animals and the humans who share the land with them.  Don can be reached at www.DonaldYoungSafaris.com

Stealing Dirt, my essay on Gentoo penguins, was nationally broadcast on PRI’s Living on Earth during the week of March 11 2016. You can  listen online at LOE.org.

Gentoo Penguin colonies are raucous and contentious and the ones on Carcass Island, in the West Falklands, are no exception. That continuous uproar gives them a bad name. “Temperamental,” people say. “Nasty.” Not true. Penguins are delightful and the reputation that precedes them is simply wrong. They are endlessly entertaining to watch, harmless to us and by and large to each other. The noise and the short tempers are primarily the product of crowding. This despite the thin human population of the Falklands, and the fastness and expanse of South Georgia, the South Shetlands and the many small islands off the Antarctic Peninsula as well as the Peninsula itself. Suitable nesting sites for penguins of any species are few and Climate Destabilization only makes it worse. A tabular iceberg grounded in front of one of the most important colonies of Adele penguins in 2011 (picture Central Park, 120 feet high and made of ice). The giant berg blocked the Adele’s route to the sea and 150,000 penguins starved. The berg came from the massive and continuing breakup of the Ross Ice Shelf, in turn a direct result of increasing temperatures. Pray for the penguins.

I spent 3 weeks in the Antarctic with One Ocean Expeditions. The Falkland Islands was our ship’s first port of call. One Ocean is the most conscientious tour group I’ve ever had. They were invaluable to me, and made equally certain every passenger saw and experienced every wildlife and landscape viewing opportunity. At the Gentoo colony on Carcass Island in the West Falklands, I watched the penguins building nests.  Penguins seem to have a well-developed sense of community and territoriality, but not the best sense of direction.  They deliberately trespass when collecting mud for their nests (hence the title “Stealing Dirt”)  – often getting away with it – and not so deliberately trespass when returning to their own turf. This they tend not to get away with.  In the banner photo above, a trespassing penguin gets the treatment from his immediate neighbors. In the photos following, you can get an idea of how the conflicts develop their extent, and the very definite limits to how much damage penguins are willing to do (no much). 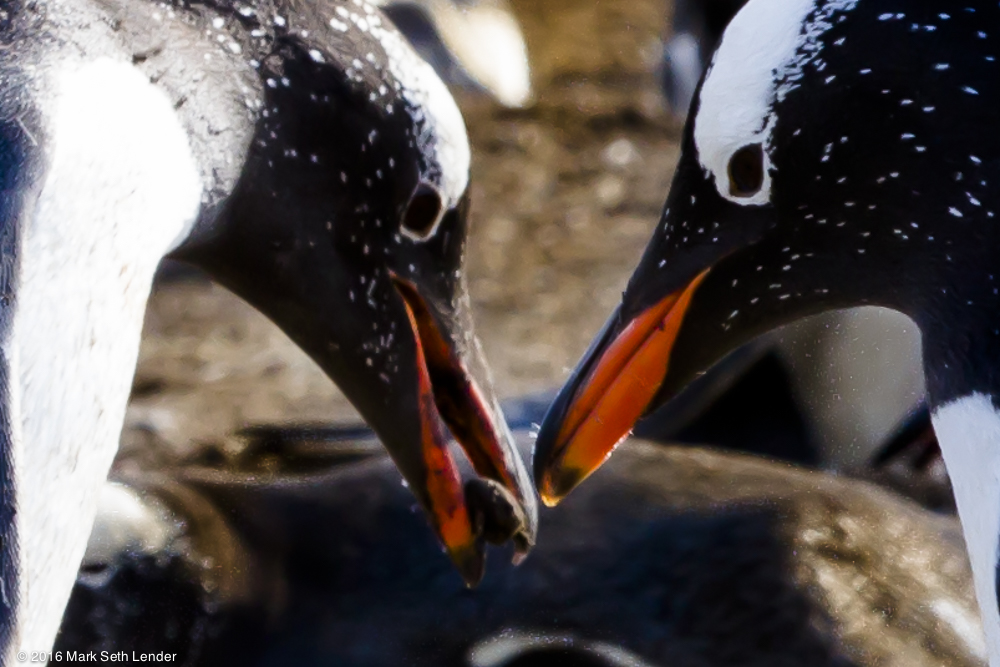 A Gift of Dirt is a Gift of Love

A male Gentoo crossed over from his own local group to a nearby group, and comes back with a pellet of mud for their mate.  She then adds it to the nest mound.  Sometimes it’s a little more complicated:

Back in his local group, he makes a wrong turn and gets bitten! 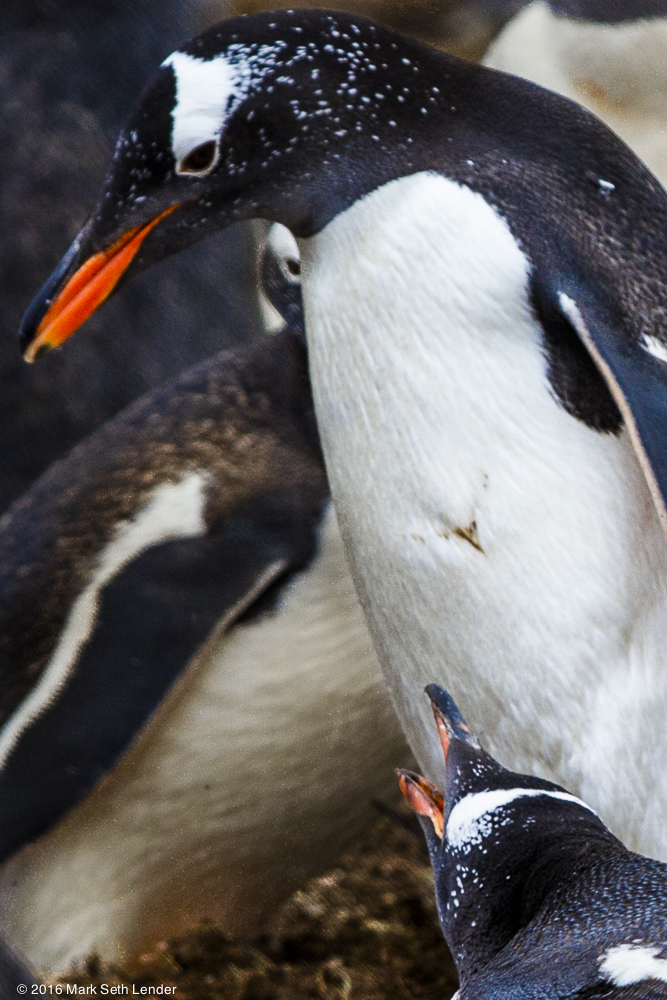 It’s not much of a bite – just a mud spot on his feathers. 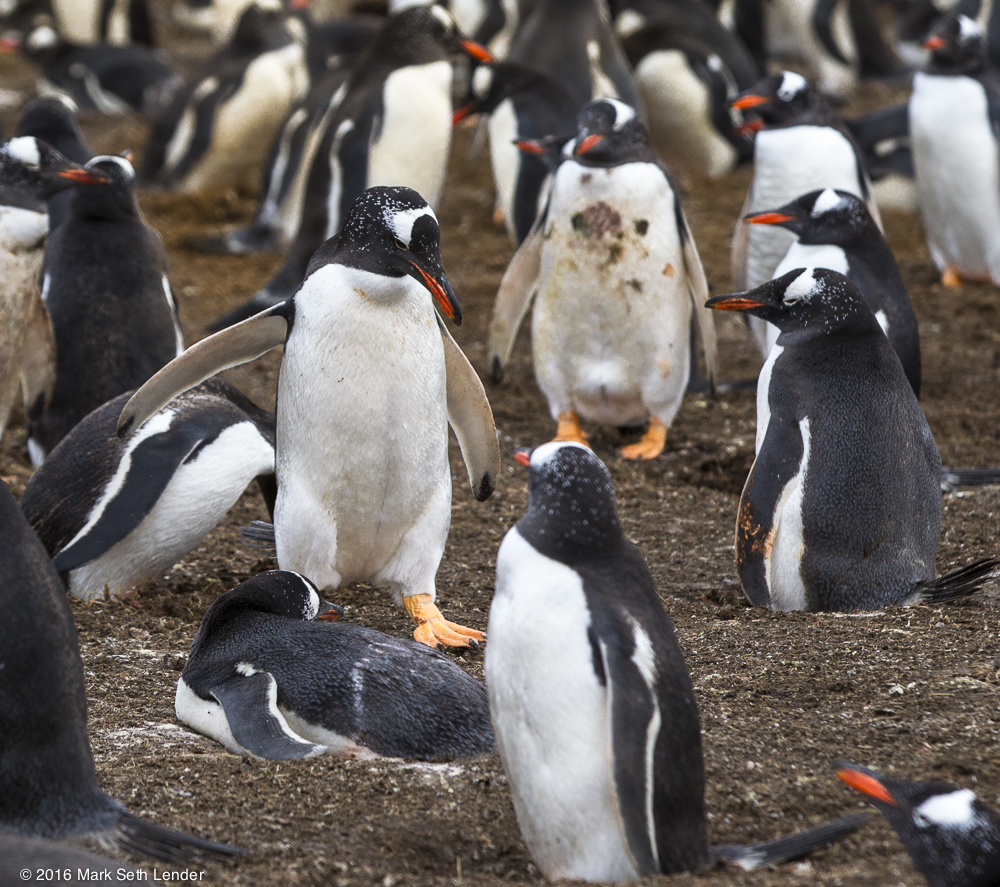 Finally, on the right street everyone notices him but no one minds his presence

Penguins reward for all this effort is lovemaking.  And I say that deliberately.  Notice how the female reaches up to touch beaks with her mate.  What is this if not the kisses of love?

Thanks to One Ocean Expeditions (www.OneOceanExpeditions.com) , I was ably to spend many hours ashore and in kayaks, with plenty of quality penguin time. The Falklands alone were worth the trip. People are friendly, helpful, the birds close and plentiful (more about that in future columns), it is just a great place. When in Stanley in the East Falklands, be sure to grab lunch (and an Internet connection) at The Waterfront Hotel ( www.Waterfronthotel.co.fk ). For more information about visiting the Falklands, South Georgia and the Antarctic Peninsula send me an email. To see more photographs, follow me on Twitter, @marksethlender.