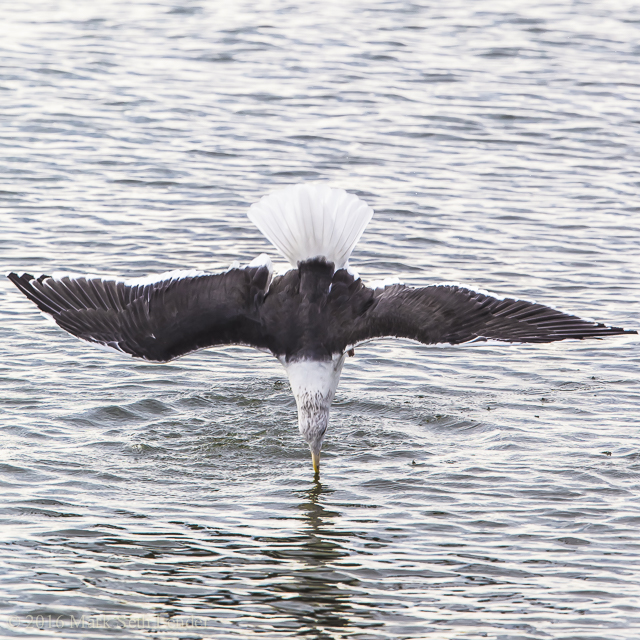 30,000 years before Athena acquired her owl, birds of prey had already captured the human imagination. The single owl among the cave paintings of Chauvet is solid proof. Falconry was practiced in ancient Mesopotamia, the Japan of the Kamakura Shogunate, Genghis Kahn’s Mongolia and in Medieval Europe. Birds of prey are mentioned in Dante and in Shakespeare.

Seagulls? Not so much (Chekhov notwithstanding). 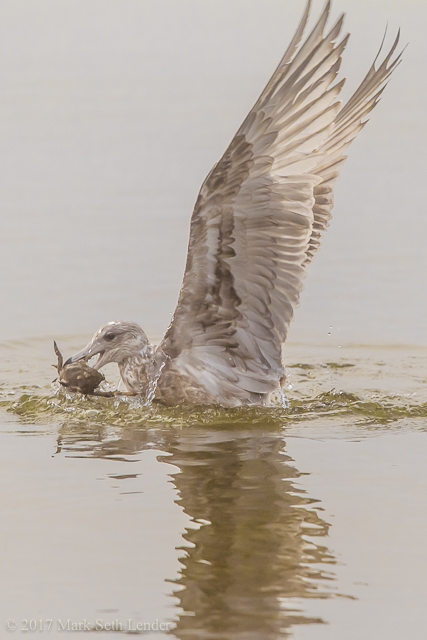 We have all heard the epithets: Garbage Gulls, Rats with Feathers. Even the ornithologists, quick to point out there is no such species as a “seagull” call them kleptoparasites (meaning parasitic thieves). In lay terms: Stupid Seagull. Nuisance. Pest. The most annoying of birds…

That’s what we call them. 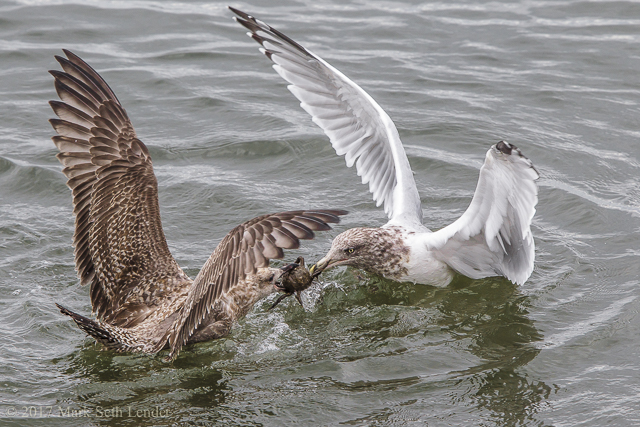 This is a failure not of imagination, but of observation. Gulls in general, and Herring Gulls in particular are the brightest bulbs on the shore. Gulls are great hunters. There is no seaborne food source they cannot advantage. Every kind of crab, shellfish, bate fish, scraps of bunker left by ravenous schools of striped bass and blues, the shiners when the pool in close to shore, even insects (including the near-invisible things they catch in late summer, on the wing), all this is on the plate. 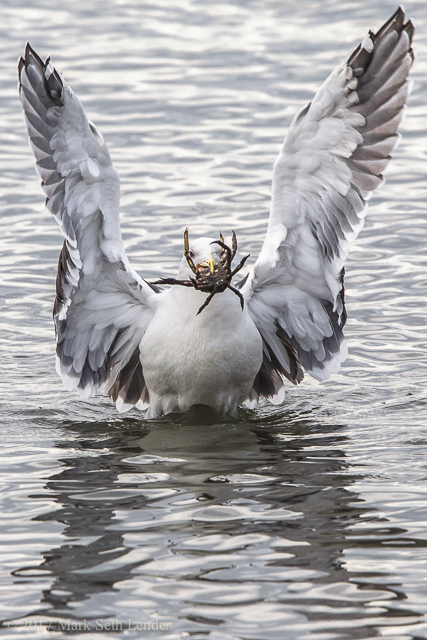 Then, there is the tendency to assume seagulls and certainly those within the same species, are all alike. Also not true. Herring gulls have distinct physiognomies, different personalities and individual voices all of which any human who pays attention can learn to distinguish. Gulls recognize each other, individually, and extend that same recognition to us, as individual human beings. Feed a seagull, be remembered. Harm one? They will remember that, too. 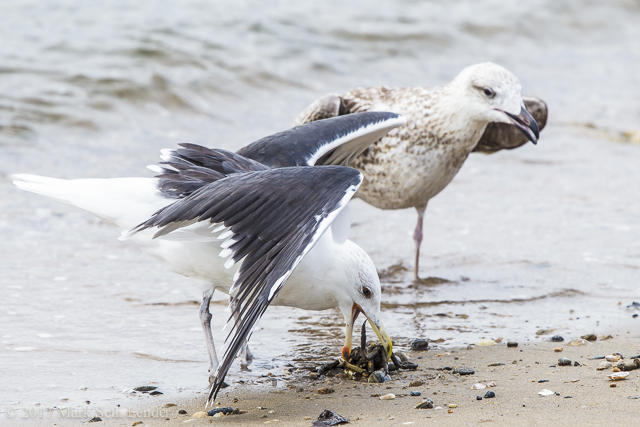 My favorite time and place for watching gulls is any sand spar at low tide. Black-backed gulls as the name implies have wings and bodies that are black on top. They are our largest gulls. Herring gulls are blue-gray on top and have a pronounced red spot on their bills. Among herring gulls the males are larger, the females have longer necks. Ring-bills are also blue-gray on top, smaller than a herring gull, and have a distinctive black ring on the end of their bills.

Pick a gull, any gull, watch what he or she is doing. Be surprised. 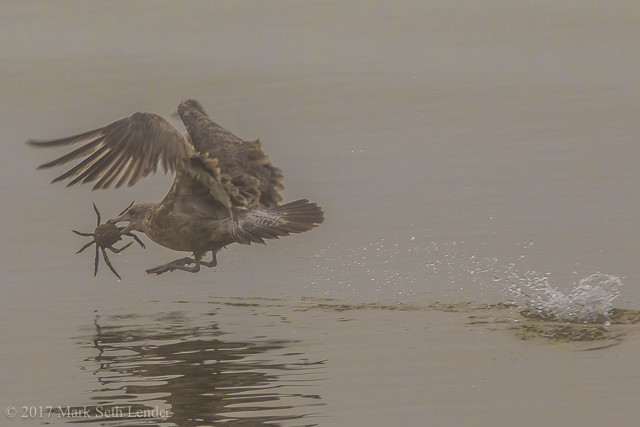 The gulls shown here (adult and juvenile Black-backed Gulls and Herring Gulls) were photographed on the Connecticut Shore.  They live and hunt in and around The Stewart B. McKinney Wildlife Refuge.  The Refuge, which is run by the US Fish and Wildlife Service is one of our great coastal treasures, a major nesting area for many species of birds, and also a breeding ground for horseshoe crabs, spider and blue crabs and sea turtles. Like almost all of USFWS, the Refuge is acutely underfunded.  A new group of volunteers is coalescing to support the Refuge and the rangers who work there.  If you’re interested in participating, let me know.  MSL (at) MarkSethLender (dot) com.