Just off the Antarctic Peninsula at 63°0’58” S 57°40’52” W, I encountered a tabular iceberg [an iceberg that looks like a huge tabletop]. By the position, I believe it to have been a fragment of the Larsen B Ice Shelf that broke up in 2002. But “fragment” doesn’t do justice to what I saw. Picture New York’s Central Park, made of ice, and 120 feet high. 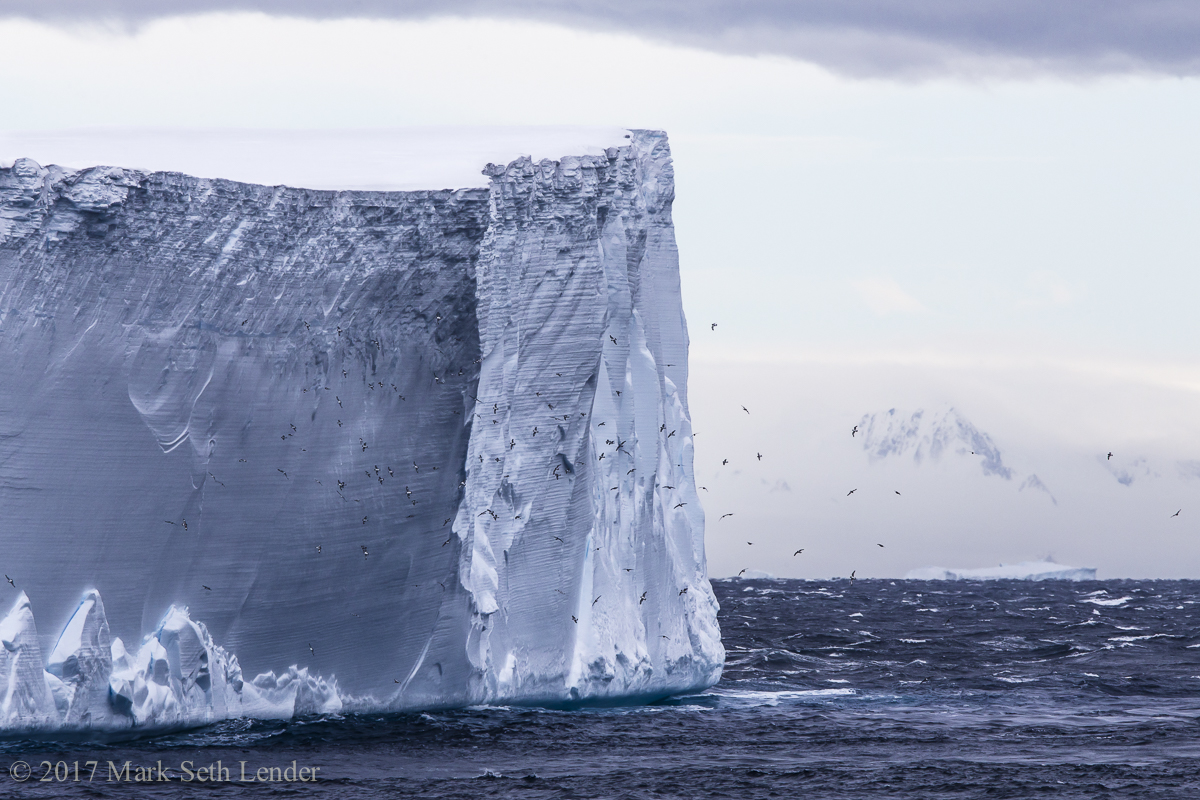 To give you an idea of the scale, the Antarctic Petrels soaring in front of the leading edge of the berg have a wingspan of one meter! In order to take a photo of an entire side, I had to wait until our ship had steamed some miles past. The tabular iceberg that just separated from Larsen C is many orders of magnitude larger than the giant pictured here.

My 20 days of fieldwork in the Antarctic was hosted by One Ocean Expeditions.