The Herd, Seen
Elephants are like us, at our best. Their natural demeanor is easy, they are concerned with each other, careful, comfortable in their own company. 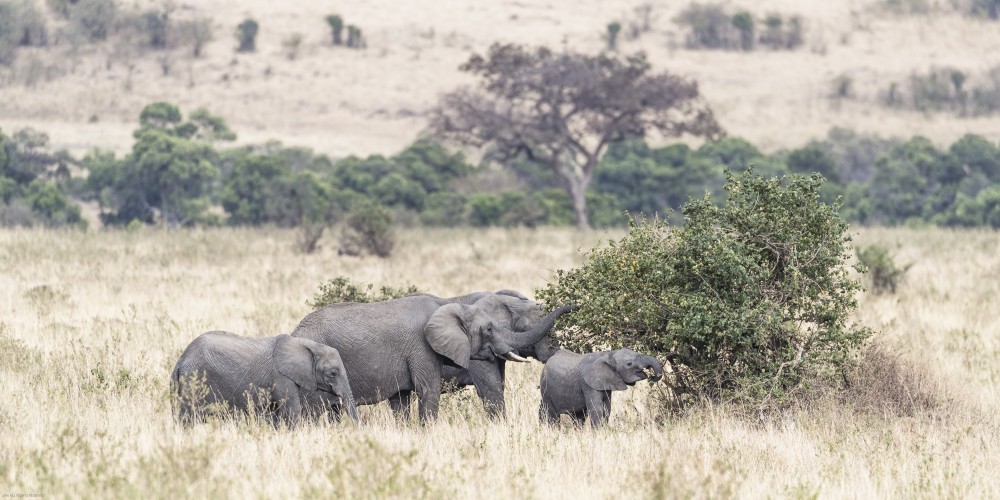 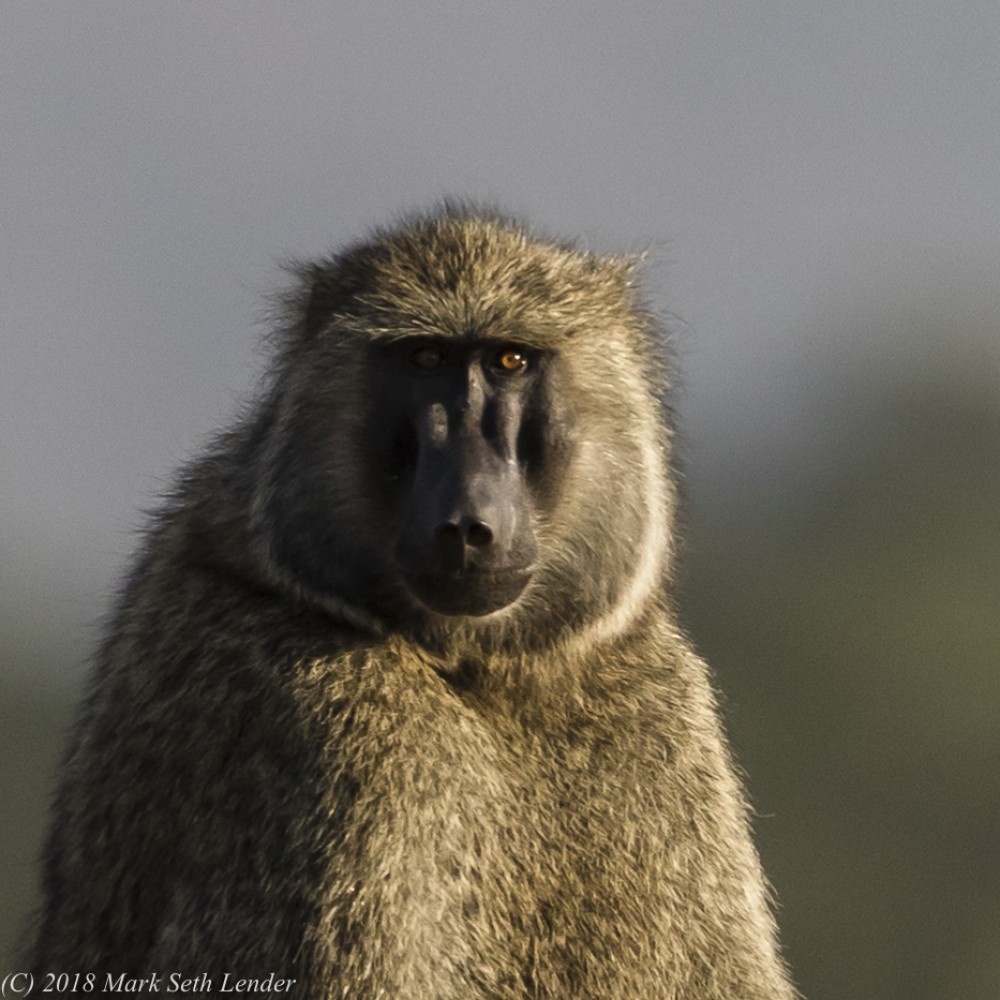 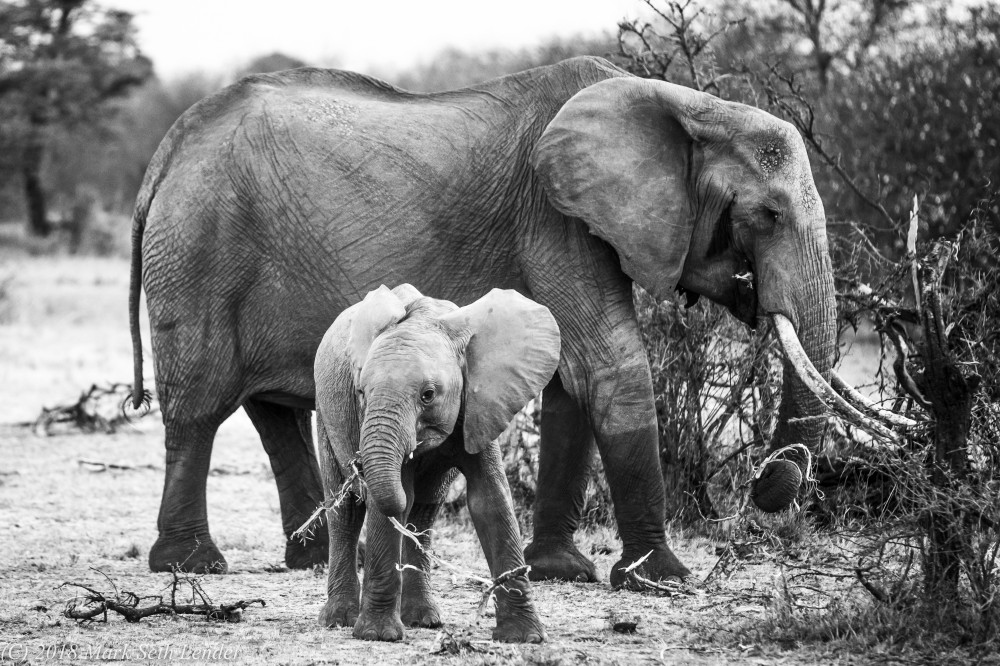 The chacma baboons are awake. Their calls echo out of the caves in the kopjes, bouncing off the rounded boulders of which the kopjes are made and down towards the waterhole below.

Down, and down, the chacma baboons come to drink, using all four limbs that are both hands and feet. They come in the narrow slot when it is light enough to see but just before sunrise when it quickly becomes too hot. But that is a convenience. If they have to make a choice between heat and night they will choose heat. For all their agility baboons fear the dark. Like us. Like the animal who became us: small, and with sweet-tasting flesh, and easy to kill.

The canine teeth of a male chacma baboon are stronger and longer than the teeth of a leopard, and very sharp, and the baboons know exactly what those teeth can do.

As much as it is only a wake-up call it is also an announcement.

Nearby, there are petroglyphs in the overhangs. Stick figures drawn in thin red lines of ochre. The people depicted there, who chose to show themselves carrying bows and arrows and long spears? This is the sound those people heard. And the ones who came before them. And even before that. As far as any living creature knows the baboons in their prowess have been here forever.

Along the edge of the waterhole The Elephants’ Junior now approaches the drinking baboons. For The Elephants’ Junior, hardly more than a baby, they are just another means and method of amusing himself. He harangues them with his trumpeting, stamps his feet, flaps his ears, waves his little trunk. He is hardly formidable but he is bigger than they are and that is usually enough.

The baboons know what his game is, and most of them leave.

Not The Baboons’ Biggest.

The Baboons’ Biggest is large even for a chacma baboon and all he does is give The Elephants’ Junior, alook.

The Elephants’ Junior’s eyes grow wide. He leans back stopped in his tracks (like a cartoon character putting on the breaks except for the lack of dust and sound effects). And realizes what he’s up against. And that he’s made… a mistake.

And now The Baboons’ Biggest is looking not at The Elephants’ Junior but at her.

The Elephants’ Junior, following the gaze of The Baboons’ Biggest, glances behind him, but his demeanor does not change, because –

Even now The Baboons’ Biggest is reluctant to leave making it apparent just how much, he would like, to take a piece out of that little elephant. But he is not stupid. And The Baboons’ Biggest can visualize the following scene only too clearly: The Matriarch’s Sister standing on a stain in the dirt consisting of fur and teeth that used to be, himself.

The Baboons’ Biggest turns and slinks up the hill and into the kopje, and The Elephants’ Junior in triumph kicks dirt after him in his retreat.

No one will be bothering The Elephants’ Junior.

I make frequent reference to my use of a still camera. Animals give cues expressed in movement, gesture, facial expression and gaze directed within and between species (and also to us) that are too subtle and too fast for the unaided human eye to recognize, much less decode. Only a photograph will fix things in place long enough to be studied and understood. In the way the animals intended them to be understood. This is something not even slow motion can accomplish unless the resolution is extremely high and even then it would be necessary to review individual frames. After a while one does acquire an intuitive sense of what animals are thinking and in broad strokes what they are trying to convey but without the intervention of the camera, the precision and nuance are mostly lost to us.

There is a cost to looking through the lens. It robs you of the pleasure of direct experience. The great memories of my life among wild animals, the ones that are most vivid and often most meaningful, are recorded in the mind’s eye and nowhere else. When people ask what kind of camera gear they should bring with them I generally say, none. There are thousands of photos and hundreds of photographers with better photos than most of us (myself included) will ever take. Unless a very particular kind of research is your goal, use your eyes, your ears, and make memories.

Memory is where Elephants’ Junior and Baboons’ Biggest resides. None of it is on film. Valerie who was standing beside me remembers it the same way I do and just as clearly. Though the story happened decades ago, we both see the events exactly as they unfolded, wide screen, full color.