Akpatok is a large island in Hudson Strait, Canada (approximately 60.2 N 68.4 W). I was there with Adventure Canada (www.adventurecanada.com) July 2015. There were polar bears on shore, drawn to the island by the large nesting colonies of thick-billed murre. Contrary to what you may have heard, neither the birds nor their eggs or chicks provide more than a snack to a polar bear, and at that, one that is hard to digest. Bears need fat. Fat comes from seals. To hunt seals bears need ice (they cannot match a seal’s speed or mobility in water). weight loss. No ice means no polar bears. Land foods will never make up the difference. Nevertheless, at a time of year when they are in the middle of their long summer fast, thick-billed murre are better than nothing and the polar bears appear in significant numbers.

The most unusual polar bear/human interaction I’ve ever seen – and certainly the most amusing – is detailed in the photos below.  A big male bear climbed up the cliff to a great height, made himself comfortable, and then watched as a tourist plane flew right by him. I cannot say for certain this is what that polar bear climbed up to see, but there were no birds nesting anywhere near that part of the cliff, and as far as I can tell, other than the scheduled flight by Air Inuit, no reason to climb so high. Anyone who’s been around polar bears knows they are very smart. How smart?  No comment…

You can hear me read the essay I wrote about this particular polar bear encounter on Living on Earth, http://loe.org/shows/segments.html?programID=16-P13-00003&segmentID=6 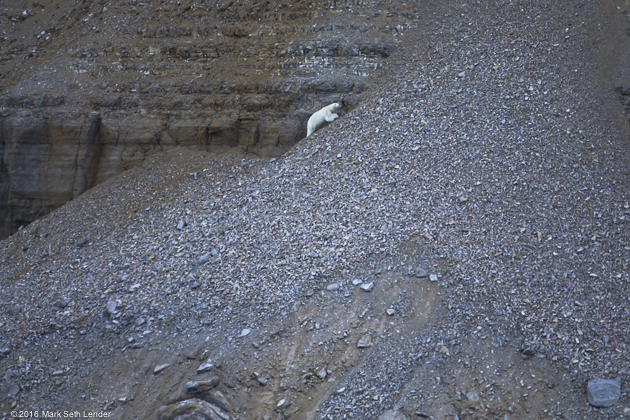 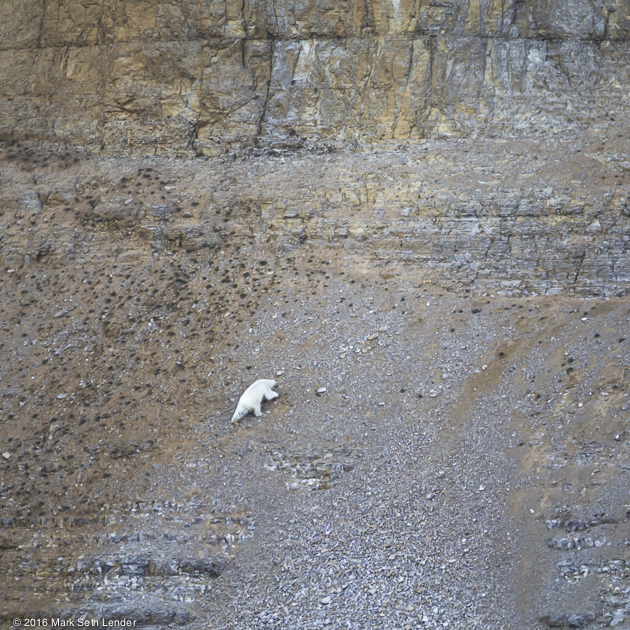 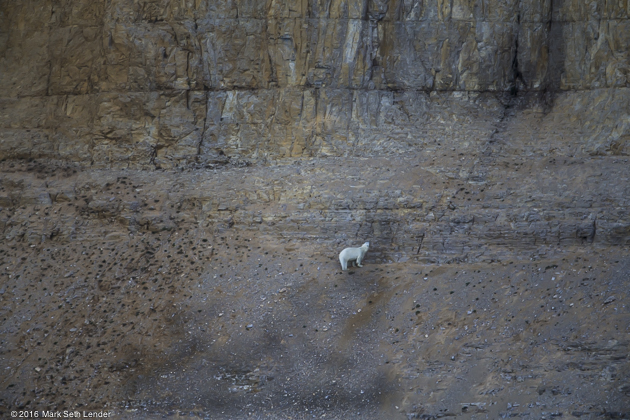 And higher he goes! 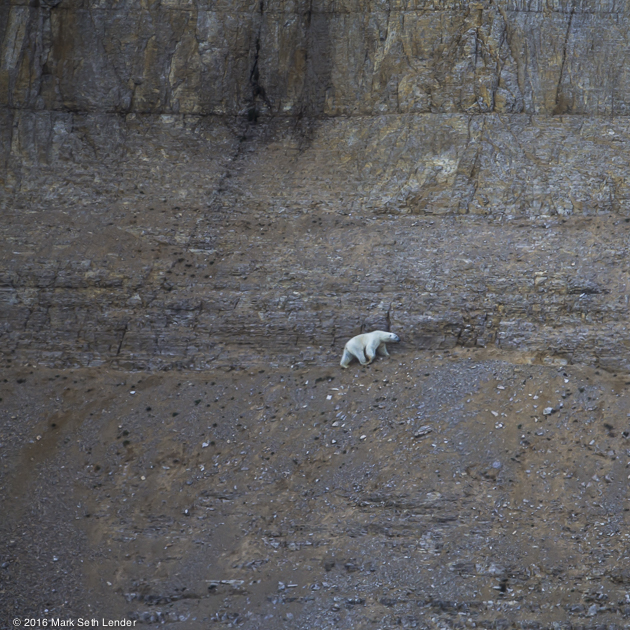 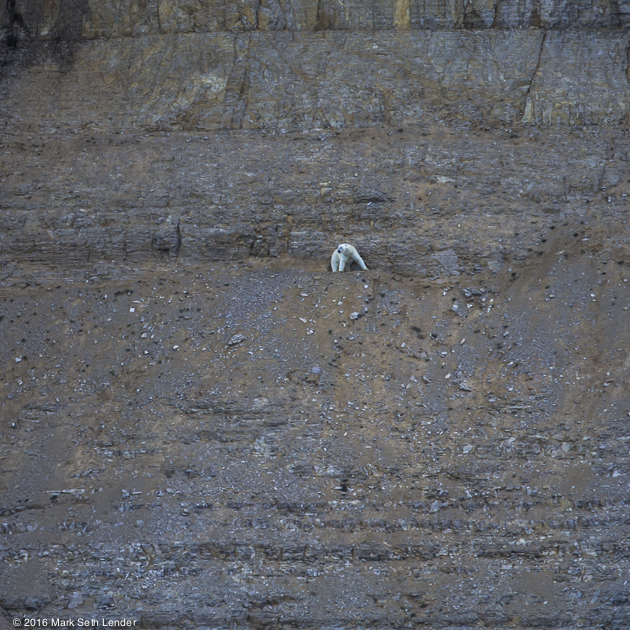 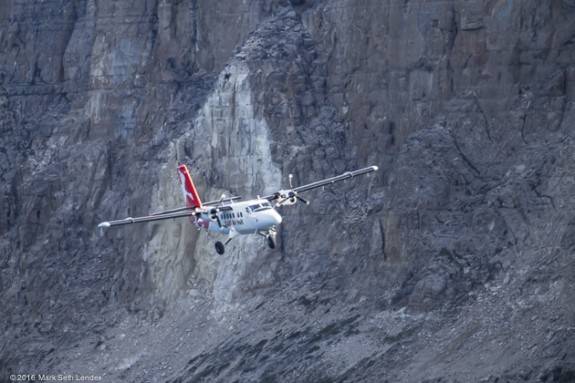 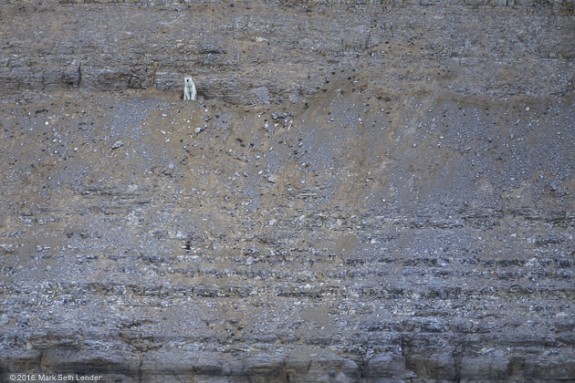 There goes the plane… 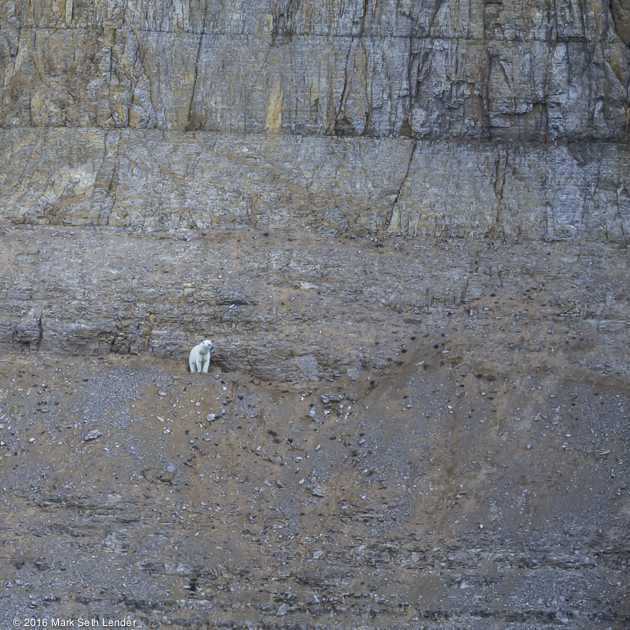 And Polar Bear lies down. 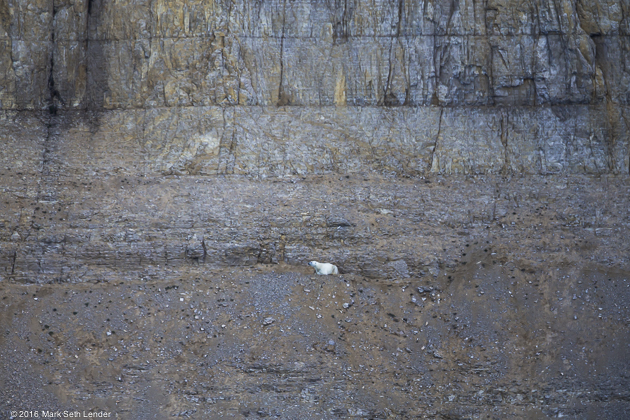